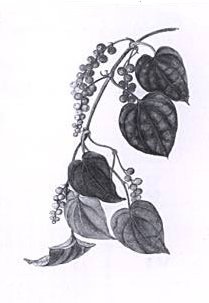 Pepper is without any doubt the worlds most consumed spice. It has been an essential element of the kitchen for several millennia.

The use of pepper can be traced four centuries before Jesus-Christ. It was then reserved to the nobility and was a gift of great value. It was even used as currency by the Romans and Greeks. More recently, it was indirectly at the origin of Americas discovery, since it was in the seek of a new road to India that Christopher Columbus discovered the new world in the 15th century.

The pepper plant is a vine originating from South Asia, of the family of Piperaceae. This vine likes to climb along wood and can grow as high as 10 meters. Its scientific name is piper nigrum linne. The sees of the pepper plant is exploited to give the black, white, green or pink pepper which are consumed. 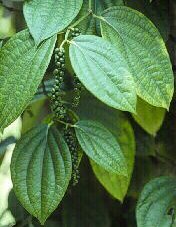 The green pepper is also the seed of the pepper plant, gathered before maturation of the fruit, but it follows a different processing. The seeds are normally dried in a freezer and then preserved in salt brine. As it is for capers, the clear green pepper is synonymous with quality, whereas dark pepper shows an uncontrolled production process.

After maturation, the seed of the pepper plant turns red. The seed is then gathered for preparation.

Contrary to the pink pepper of other producers, our pepper comes from the piper nigrum, and not from the southern American tree: Schinus terebinthifolius. Thus, our pink pepper looks like a green pepper, except for its color and its slightly bigger diameter.

The green pepper and pink pepper are available in all our glass or plastic jars, as well as in metals cans.